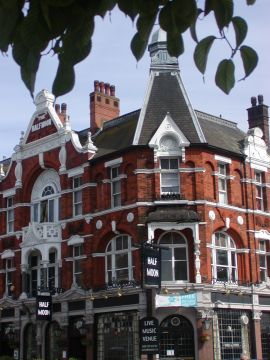 More music in The Workshop, hidden away at the back of the Half Moon. Go right through the pub to find it.

CHECK WITH VENUE FOR COVID RULES Described as 'England's best kept musical secret-Rolling Stone' singer Peter Bruntnell has never made a bad record, but every now and then he makes a truly great one. His King of Madrid (Domestico) was with his 2019 release, and adds to a catalogue of work over two decades that can stand proudly against any other artist working in the genre. Like all great records King of Madrid gets better with every listen. (Clint West). The New Musical Express said that 'Peter Bruntnell's records should be taught in schools.'

When Americana UK writers chose their albums of 2019, his album 'Lonesome Highway' was voted No. 1.